What Does the Gluckman Methamphetamine Report mean for Landlords? 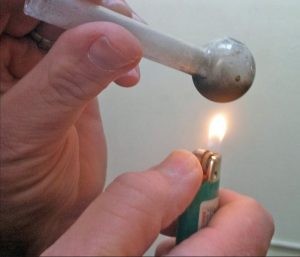 This morning I attended a Ray White webinar which was talking about where landlords stand following this report being made public and on the back of the Government announcing that they are re-opening their state houses which were previously deemed as being contaminated as the tested levels were above 1.5 mg.

A couple of points to consider are as follows:

*It is important to remember that the law for private landlords remains status quo – with 1.5 micrograms still being the legal maximum reading before a property is deemed uninhabitable. So, unless you are the Government it is status quo.

*Accumulation over time – it is believed that without cleaning even small amounts of meth in properties, that a build up over a length of time could mean that a property will test above the 15 micrograms. So if a tenant is one in a line of 4 or 5 over a period of several years decides to have the property tested before they move in – who will be held responsible? Remember as landlords it is our responsibility to ensure we provide a clean and safe home.

*Contrary to word on the street which alludes to the original levels being set by meth testers who of course had something to gain by having low levels. Both of the original levels were in fact set by MoH & ESR. And interesting to note is that since the Gluckman report was published, we have heard nothing from representatives from either of these organisations, either for or against!

*What message does this send to tenants? I think the most disturbing thing about this report is the message that it is sending to New Zealanders as in my opinion it could be perceived that – ‘oh well if the Government say it is okay and does not contaminate homes just by smoking it – then it will be okay to use’! This is an extreme comment I know, but at the very least it is sending the message that they needn’t worry too much about smoking it inside anymore as they are unlikely to be found out!

We are taking an approach of business as usual and will continue recommending very highly to all of our clients that they continue to test as we are doing now. If nothing else, I think that anyone who wants to rent through us will know that we are offering clean and safe houses, and the extra benefit of that is that it will help keep the ratbags away!

I have copied the media release put out by our Governing body Ministry of Business Innovation & Employment below:

MBIE MEDIA RELEASE:
“Tenants and landlords must continue to meet their obligations under the RTA. Using, possessing and manufacturing methamphetamine are offences under the Misuse of Drugs Act 1975. Tenants who are found to have smoked or manufactured meth in a rental property are in breach of the RTA for using the rental premises for an unlawful purpose. Tenants who cause methamphetamine contamination of rental properties are in breach of their obligations not to intentionally or carelessly damage the rental premises.

INSULATION – FAILURE TO COMPLY COULD MEAN FINES OF UP TO $4000!

Another Win at Tenancy Tribunal!

Back to all news
Up to Date